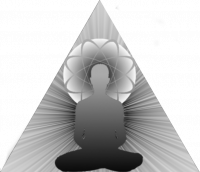 It is mentioned in the writings about counseling.

Is this something that is currently available?

Terms such as “counselor,” “therapist,” or “life coach,” for example, may have a legal definition (and legal restrictions) which can vary depending upon one’s jurisdiction. If carried out in the context of spiritual or religious practices, however, such terms are generally outside of legal restriction, due to the First Amendment –  at least for those residing in the USA.

Scionics Counseling is not appropriate in all cases, however. I will contact you privately to assess your situation.

This post was modified 4 years ago by Scionics Institute
Bruce Davis reacted
ReplyQuote
Anonymous
Joined: 53 years ago
Posts: 0
31/07/2019 8:32 am

I would like to know more about Scionics Counseling. I have a few questions about the Nobel Eight Fold Path specifically pertaining to this portion of Right Action

“Taking life, stealing and sexual misconduct are all highly dualistic in nature. They all pit one’s own interests against that of another.

This is not to say, however, that there are no situations in which it is ethical to take a life, or to steal, or to have sex. One ethically can kill in self-defense, or to defend another person or group of people. One might be ethically justified in stealing a tiny bit of food, if one were in a situation where one was starving, or to feed some other starving person. As for sex, there is actually no general proscription against sex, provided that honesty prevails: hence the “no cheating” part of “right action.”

Taking a life in self defense or to defend/protect someone else or a group of people. I need to know if I have the right understanding of what would be deemed ethical to take a life. I was attacked by two brothers just a couple of hours ago and as they left they threaten to kill me. My friends who have lived in the area from there childhood believe I am in danger and have suggested preemptive action to eliminate the possibility of me being murdered. I was assaulted and threatened to be murdered for something I had no part in. However the two who attacked me accused me of having knowledge of and being involved in the exchange of wrong actions between them and a close ally of mine. The exchange of ego driven offenses between my close friend and one of the two brothers that attacked me had nothing to do with me, I had no knowledge of or involvement in the events that took place. I have been wrongfully accused, wrongfully punished and wrongfully held accountable for resolving the issue even though I do not have the resources to meet there demands. Going to the authorities is not an option that would only shortly delay their attempts to take my life as well as my friend and ally. Would lethal preemptive action to eliminate all threats currently against my life be ethical?

I am not a lawyer, and this is not legal advice, just my own considered opinion.

It obviously sounds like you were dealing with a very difficult situation. My initial reaction was suggest you go to the police, and while you gave reasons for not doing so, I think it would still have been in your interest to inform the authorities of the situation, at least so there would have been a record of any danger which was posed by these people. In the event of some later confrontation this information may have served to assist in legally identifying the true aggressors and victims in this situation.

I also would like to point out that while you were initially contemplating the prudence of preemptively killing someone else to avoid being murdered yourself (or having your friend murdered) the situation ultimately resolved itself without death; in fact, while there was some physical violence, you and the other individual ultimately came to some sort of understanding, and it seems you are now at peace with one another. It is often the case that when emotions are high the most valuable thing which can be done, rather than simply reacting to those emotions, is to work to defuse them, both in oneself as well as in others. By defusing them in oneself, you can see the situation more dispassionately and often much more clearly, and this often provides you with the ability to recognize solutions or paths of action which may not have been so apparent while under emotional pressure. And of course, by defusing the emotions of others, you allow them to do the same. This often leads to a much more rational and appropriate response from all parties involved. It is also possible that you may find yourself in a regrettable situation where, even when acting rationally and dispassionately, some level of violence is required, such as when someone is physically attacking you or someone else.

I have to say that it seems you really did ultimately work to minimize your dualistic response to this situation, and that this ultimately served both you and your antagonist well. You may well have made the best of a bad situation.

I also regret that no one here noticed this post until a few days after the events took place, although it is gratifying to see that it seemed to end well.

If you still feel that you are in need of spiritual counseling, please use the contact page and let us know privately. If appropriate, we will help you as best we can.

Thank you for your reply. I appreciate your support. You

Your post seems to have been cut off. You can edit it, or else make a new post. I hope all is well with you!